Can I Seek Sole Custody? 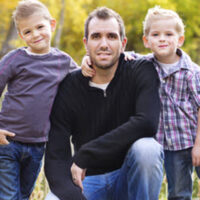 Whether you are getting ready for a divorce and have minor children from your marriage, or you are ending a long-term relationship from which you have minor children, you should be thinking about critical child custody issues. Many parents in the Orlando area who are anticipating a child custody case want to know more about their rights as parents and, in some situations, whether it is possible to seek sole custody of the child or children. Under Florida law, Orlando courts no longer use the terms “sole custody” or “joint custody” when it comes to child custody. Instead, courts rely on the “best interests of the child” standard to determine parenting and time-sharing.

Just because Florida courts no longer award sole or joint legal and physical custody does not mean that a court will not determine that it is in the child’s best interest to spent all or most time with just one of the parents, or for just one of the parents to make important decisions about the child’s upbringing. However, these scenarios are somewhat uncommon given the way that Florida courts approach child custody.

While the equivalent of “sole custody” is not impossible in certain circumstances, you should know that Florida law stipulates that courts begin from a presumption that both parents should be able to spend time with their kids. The statute says:

“It is the public policy of this state that each minor child has frequent and continuing contact with both parents after the parents separate or the marriage of the parties is dissolved and to encourage both parents to share the rights and responsibilities, and joys, of childrearing. There is no presumption for or against the father or mother of the child or for or against any specific time-sharing schedule when creating or modifying the parenting plan of the child.”

What kinds of facts could lead the court to say that shared parenting would be detrimental to the child? The statute cites some of the following:

When you have questions or concerns about child custody, an Orlando child custody & timesharing attorney is here to assist you. Contact Anderson & Ferrin today.