Mental Incapacity and Ending a Marriage 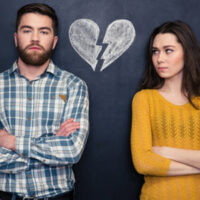 If you are married to a person without mental capacity, it may be difficult to determine how to legally end the marriage. To be sure, you might have concerns about whether the court will be willing to grant a divorce if one of the parties is unable to consent to the terms of the divorce proceeding, will you actually be able to move forward with a divorce? Under Florida law, there is specific language concerning divorce and mental incapacity. However, depending upon the circumstances of the mental incapacity, it may be necessary to have the marriage voided or annulled instead of moving forward with a divorce case.

Situations in Which Mental Incapacity Arises in a Marriage

Date of the Mental Incapacitation

The distinction in the date of mental incapacitation is extremely important because it will determine whether the marriage will need to be voided (also known as annulled) or whether the spouse who is not mentally incapacitated will be able to file for and to get a divorce in Florida. If the spouse’s mental incapacity existed at the time of the marriage—meaning that the spouse could not have legally consented to the marriage—then Florida law says that the marriage is not lawful. In such a situation, it will be necessary to petition for an annulment. While Florida does not have a specific annulment statute, it is possible to have a marriage annulled by proving that it was never valid in the first place.

Do you have questions about divorce and mental incapacity? One of our Orlando divorce lawyers can help. Contact Anderson & Ferrin to learn more.