Divorce in the New Year 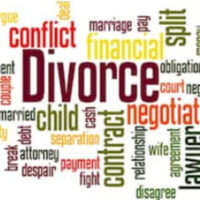 If you are wondering whether to file for divorce in Orlando in the New Year, you are not alone. Although it might seem improbable, many statisticians argue that divorce is a seasonal trend. While people file for divorce during all times of the year, divorce rates actually see a significant uptick during certain points of the year, and January is one of those points. According to an article in USA Today, the month of January is such a common month for divorce filings that it has become known as “Divorce Month.” Why does January see more divorce filings than other months of the year? There are a number of reasons, but most frequently, spouses make the decision to file for divorce before the holidays but wait until after the New Year to take the necessary step of filing a petition for the dissolution of marriage.

January in general, and especially the first part of January, has more divorce filings in the U.S. than any other month. Based on Google search trends, more people search terms that suggest that are seeking information about filing for divorce between January 6 and 12 than any other week of the year. Many people also search terms like “divorce party,” and seek tips and advice about handling the psychological aftermath of divorce, most often between December and January. According to Julie Brines, a researcher at the University of Washington, seasonal divorce trends remain relatively stable across time. To be sure, each year, January sees a notable uptick in divorce filings.

Despite the fact that the overall rate of marriage has declined in recent years, the rate of divorce filings in January across the country has remained relatively similar.

Reasons Why People File for Divorce More Often in January

There are many reasons that people decide to file for divorce in January. For some, the holiday season is the last straw, so to speak, in a problematic marriage. According to the article, the “stressors of the holiday season,” which can include “travel and spending lots of time with family,” can result in one or both parties realizing that it is time for a divorce. For many of those couples, there were serious problems leading up to the holiday season, yet many of those parties decided to give the marriage one last chance. When one or both parties ultimately decides it is time to file for divorce, the article suggests that they feel, “I do not want to ever go through this holiday period again with this person.”

Sometimes the idea of the holiday season, followed by a New Year, can lead people to think it makes sense to make a change for the better. Indeed, some people decide that the New Year is a time to “make improvements,” which means filing for divorce.

Finally, for married couples with children, announcing plans for a divorce prior to the holiday season can be devastating. Rather than telling the kids before Christmas or Hanukkah that the marriage is ending, those parents often wait until after the New Year—and the end of the holiday season—to announce their plans to file for divorce.

If you have questions about filing for divorce in Florida, an experienced Orlando divorce attorney at our firm can assist you. Contact Anderson & Ferrin to learn more about how we serve individuals and families in Central Florida.