Do I Need to Worry About Involuntary Bankruptcy? 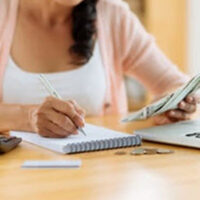 In short, consumer involuntary bankruptcy cases are pretty rare, but they can occasionally happen. We will tell you more about involuntary cases and what you should know.

Only Chapter 7 and Chapter 11 Bankruptcies Can Be Filed Involuntarily

To file an involuntary bankruptcy petition, a single creditor or a group of three or more creditors must be owed $16,750 or more.

Although it is important to remember that involuntary bankruptcies are quite rare among individual consumers, it is important to understand how the consumer bankruptcy process works and what you should expect. If you have questions about filing for personal bankruptcy, or if you are facing an involuntary bankruptcy petition, you should get in touch with an Orlando bankruptcy attorney as soon as possible. Contact Anderson & Ferrin to discuss your case with an advocate at our firm.

Divorce Case, 2017
You guys are amazing.