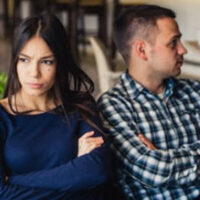 Can divorce impact a person’s physical or mental health? This is a question that has come up in a number of studies over the years, and researchers have made different findings. Some researchers have concluded that divorce can negatively affect a person’s health and well-being, while others have found that divorce can lead to greater happiness in the long run. Of course, there are many different variables that can come into play, including a person’s community support, the financial consequences of a Florida divorce, and other considerations. A new study discussed in HealthDay News considers the mental and physical consequences of divorce, focusing specifically on the time period in which a married couple is “in the midst of a split, rather than after a period of separation.”

Unsurprisingly, in the period in which the divorce is happening, people tend to experience “poorer physical and mental health than the norm for the general population,” but there are additional factors to consider. We want to discuss the study with you and to say more about its potential long-term impact.

When parties are in the midst of a divorce, many indicate that they experience a decline in their mental and physical well-being. Yet it is important to note that many of the men and women responding to the study who indicated poorer physical and mental health also indicated that they were in the midst of a “messy” or contentious divorce. Indeed, the divorce process, as you might expect, tended to be much more difficult for people who were “having angry exchanges,” or were experiencing “fights over kids, hostile communication, or other conflicts.”

The authors of the study underscored that these physical and mental “symptoms” of divorce are likely the result of more than just the divorce process—they are the “result of the prolonged experience of relationship distress,” according to Gert Martin Hald, the lead author of the study and an association professor of public health at the University of Copenhagen.

Recognizing the Effects of Divorce Can Help

Divorce is never easy, and it can be a particular trying process when you are involved in a contested divorce, or one in which there is significant animosity between you and your soon-to-be ex-spouse. To make it through the process in such a way that you can effectively regain your physical and mental health, the authors of the study emphasize a need to recognize that these effects of divorce are common and that you are not alone. Many divorcing people experience a loss in mental and physical health in part because they feel guilt and anger, and they assume that they are alone in those emotional responses. By recognizing that nearly all people going through a divorce will share some emotional reactions, it can be easier to heal and to move forward.

It is ultimately more important to have good health in the long run as opposed to in the midst of a divorce, but the new study sheds light on some of the immediate effects of the divorce process. The research was published in the journal Frontiers in Psychology.

Do you have questions about divorce? One of our Orlando divorce attorneys can help. Contact Anderson & Ferrin to learn more.