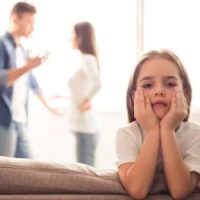 A recent study has shown that divorcing parents are more likely to settle child custody cases outside of the courtroom when each side is represented by an attorney. Additionally, when each party works with a lawyer when going through a process, parents are also more likely to share joint custody, referred to as “shared parental responsibility” under Florida law.

The Results of the Study

The study was conducted by Custody X Change. More than 1,000 Americans that had already finalized their divorce case were surveyed for the study, and the research occurred over a period of two years. The organization surveyed parents that had divorced recently and compared cases that involved two parties that had legal representation, cases in which only one side was represented by a lawyer, and cases that did not involve a lawyer at all.

When Working with a Lawyer, Parents are Happier with the Outcome

The study also showed that when both parents were represented by a lawyer, 74 percent of the participants were moderately or extremely satisfied with the outcome of their case. Contrary to that, when respondents were not working with a lawyer during their case, only 59 percent of them were happy with the results of their divorce case.

There are many benefits you will reap when you work with an Orlando family lawyer when going through a divorce. At Anderson & Ferrin, P.A., our skilled attorneys will negotiate with the other side to help you reach the fair settlement you deserve, and to finalize your case as quickly as possible. Call us today at 407-412-7041 or fill out our online form to schedule a free consultation with one of our knowledgeable attorneys.

Divorce Case, 2017
You guys are amazing.