What Should Divorcing Parents Know About Parental Alienation? 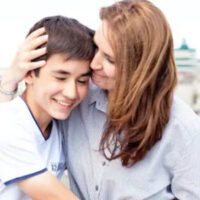 When you are anticipating a divorce and have young children from your marriage, you may be especially concerned about child custody and your rights when it comes to making important decisions about your kids’ lives and spending time with your children. While many courts do begin from a presumption that both parents will play a role in their children’s lives, a recent article in Forbes discusses the ways in which “parental alienation” claims are becoming more persuasive in the U.S., resulting in some parents losing child custody cases.

Before we talk more about the matter of parental alienation, we want to be clear that Florida law provides particular statutory language about shared child custody, and the presumption that both parents will play a role in raising their kids.

Florida’s child custody law (Fla. Stat. § 61.13) expressly states that “it is the public policy of this state that each minor child has frequent and continuing contact with both parents after the parents separate or the marriage of the parties is dissolved and to encourage parents to share the rights and responsibilities, and joys, of childrearing.” In addition, the statute emphasizes that “there is no presumption for or against the father or mother of the child or for or against any specific time-sharing schedule when creating or modifying the parenting plan of the child.” In other words, Florida courts begin from the presumption that, unless there is a reason to deny custody or parental rights to one of the parents based on what is in the best interest of the child, then both parents likely will share child custody in some fashion.

Yet, as the recent article emphasizes, parental alienation claims are becoming more common in jurisdictions across the U.S. Accordingly, it is important for parents in Florida to learn more about these claims and the ways they have been persuasive.

What is Parental Alienation, and How Do These Claims Work?

To be clear, experts in the field contend that these claims have their roots in earlier child custody cases in the twentieth century, often in abuse contexts, where “abuse allegations were fabricated by vengeful or pathological” parents. Back in the 1980s, it was largely mothers who were the targets of parental alienation claims, and some of those allegations from fathers resulted in mothers losing custody. Yet such claims persist in the twenty-first century “in a gender-neutral form as parental alienation,” according to the article. And, as Meier’s findings suggest, the impact is not quite as gender-neutral as the term might suggest.

If you need help with your child custody case, an Orlando child custody and time sharing attorney at our firm can discuss your situation with you today. Contact Anderson & Ferrin to learn more about how we can assist you.